In the last week or so, the Adelaide Hills has received rather a thrashing in the weather department. It’s predicted that it will be our coldest winter in two years, and we’ve had a huge amount of rain.

It’s not all doom and gloom though – all this rain has meant that we are currently having an epic fungi season. Each year a few mushrooms pop up in our garden, but this year the diversity has been outstanding. A quick walk around my garden when it briefly stopped raining revealed many different species of all different colours, shapes and sizes.

Fungi are not technically plants, as they don’t photosynthesise. Instead, they belong to their own Kingdom (which also includes moulds and yeast), and gain their energy from dead or decomposing plant and animal matter, or through parasitic relationships with a host.

Under the surface, the fruiting bodies that we see (like mushrooms) are supported by a network of tiny mycelium filaments which can cover several acres. Under the right conditions, hyphae, which are the branching structures of mycelium, can grow over 1 km each day!!

When hyphae join up, the result is a fruiting body, after which they continue to grow and look for nutrients. New mycelium are dispersed through the release of spores.

Fungi make a great subject for photography. I gave it a go using my phone camera and non-existent photography skills and I think they turned out pretty well.

The most noticeable fungi we get in my area are saffron milk caps (Lactarius deliciosus), also known as red pine mushrooms. Not the prettiest, but in great abundance and apparently very tasty, hence the name!

There’s also a lot of species from the Mycena genus, which is one of the most common fungi in the Adelaide Hills. This largely diverse group includes species that range in colour from white, blue, grey, red, brown and everything in between.

One of my special finds was a species belonging to the genus Coprinopsis, which are commonly known as inky cap mushrooms. You can see the dripping black ooze that gives them their name in these pictures.

I’d never seen a coral fungi before, but recently read about them Good Living’s blog post.  I went shuffling around under bushes in my garden and found this little guy, who I think belongs to the Ramaria genus. A truly bizarre looking organism.

Check out my other finds below.

Identifying fungi has turned out to be quite a challenge, so if you know any of the species please let me know in the comments! 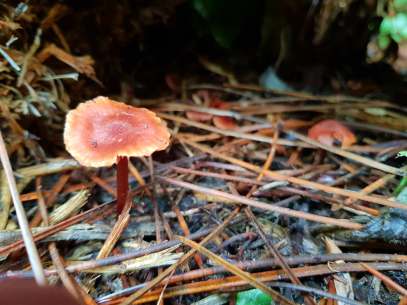 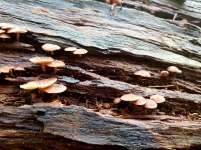 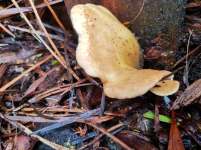 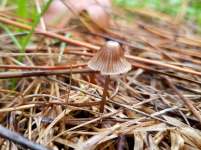 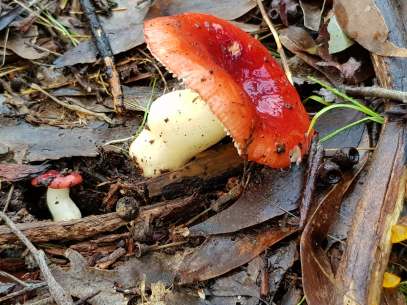 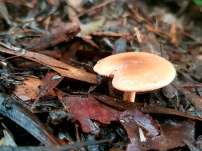 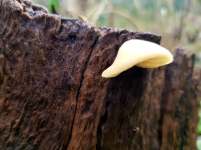 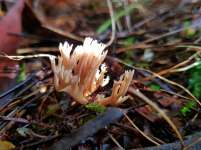 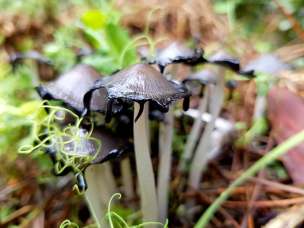 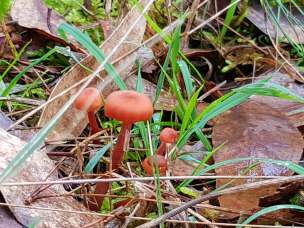 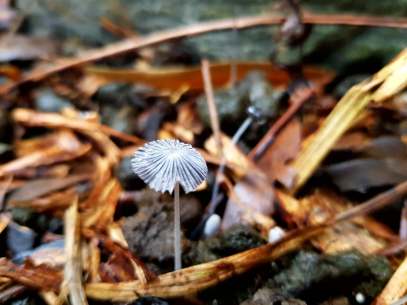 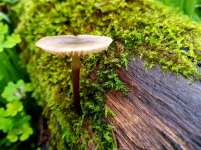 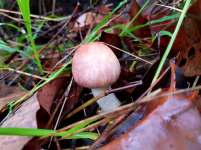 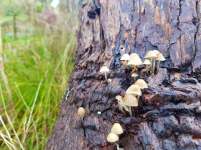 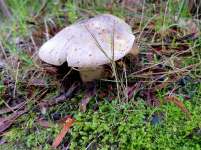 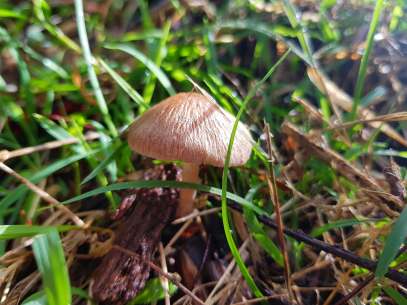 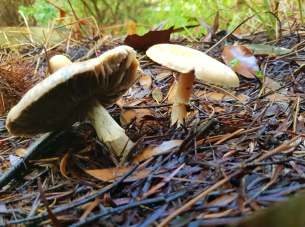 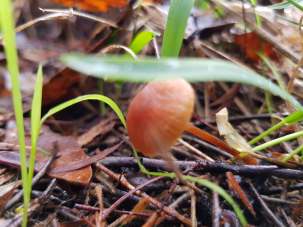 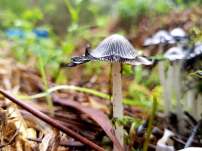 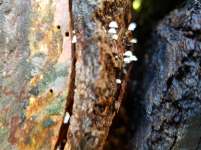 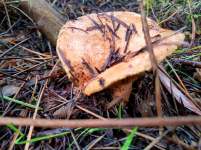 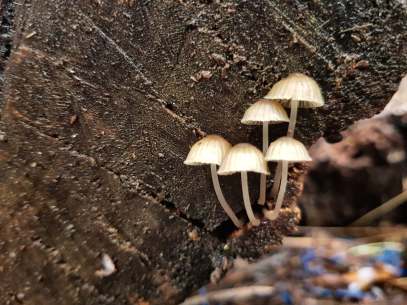 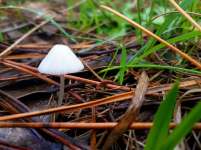 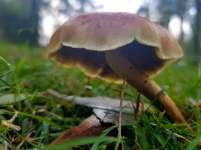 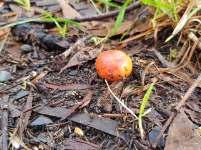 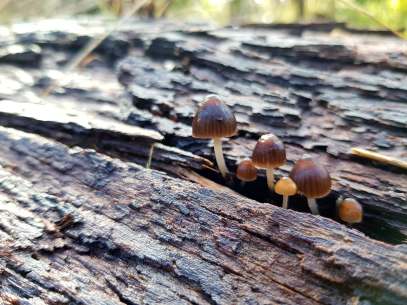