After a really long-winded journey through Melbourne, Los Angeles and Atlanta, I finally arrived in San Pedro Sula, Honduras, on the 7th of June. Travel sick and exhausted, but extremely excited by the mountains I could see from my hotel room!

The 2 month expedition began on the 8th, with a team of scientists, school coordinators and managers piling into a run down old school bus and driving through San Pedro Sula to Cofradia, a small town about half an hour away. From there we all squeezed into the back of utes for the remaining couple of hours.

The drive up through the mountains to Cusuco National Park was absolutely spectacular. You could see the landscape change completely the higher we got, from extremely urbanised to remote wilderness. The temperature changed pretty drastically too as we left the sweltering heat of San Pedro for the high altitude mountains. 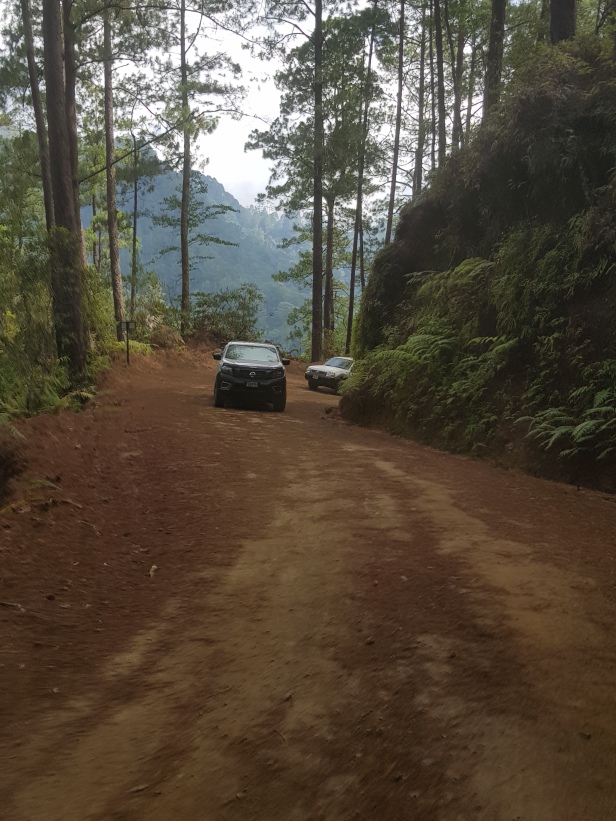 Base Camp is where I spent my first two weeks in Honduras. It’s where everything is coordinated from, and where the visiting research assistants and school groups all come when they first arrive. Surrounding base camp are what we call satellite camps – smaller, much more rustic camps where biodiversity surveys are led from: Cantiles, Guanales, El Danto and El Cortecito were the ones that were open this year.

Base Camp is really beautiful. It’s in a wide clearing in the coniferous pine forest, with a bunch of quite civilized tents on platforms with big tarps over the top.

Over the first few days all of us scientists had a series of training lectures about the history of the park, Operation Wallacea, the staff system, health and safety etc. After we’d finished our general training we split up into our specific teams. I was on the entomology team (usually referred to as the Invert team), which consisted of the leader Thomas, the light trap coordinator Shaun, three other young scientists (Beth, Dan and Matt) and myself. We were taught all about the different methods we would need for pitfall and light trapping, as well as identification of our main focus taxa – dung beetles, two specific families of moths, and jewel scarabs beetles.

Each of the camps has a series of transects (big long paths), with a bunch of sites (areas used for surveys) along it. Each day we would hike along a transect, stopping at each site to set up our beetle traps. Then at night we’d run a light trap. Although Base Camp has the easiest transects to walk, the work was still pretty grueling. Especially when you’ve come straight from chasing turtles in Malaysia. Add to that hundreds of school students that we needed to bring along and teach about what we were doing and you might get an idea of how chaotic it all was!  Excellent fun though – even though I was really exhausted for my first two weeks, I loved them.  I’m so happy to be back in the jungle.

There’s plenty more posts to come, so stay tuned to hear about the rest of my trip!

Note:  One of my friends, Charlotte, took much nicer photos than me so some of the photos you’ll see in my upcoming posts are hers – thanks Charlotte!